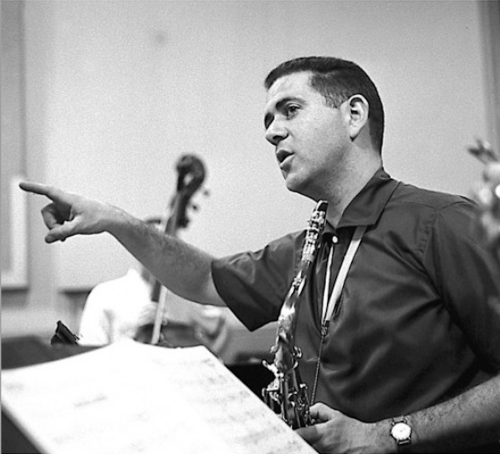 Between 1943 and 1947, tenor saxophonist Dave Pell started out recording with big bands led by Bobby Sherwood, Tony Pastor and Bob Crosby. Then in late ’47, he joined the Les Brown Orchestra, where he remained until 1955. In ’53, Dave began recording with an octet he formed made up of Brown bandmates. [Photo above of Dave Pell]

Here’s what Dave told me about the formation of the octet when I interviewed him in 2009: 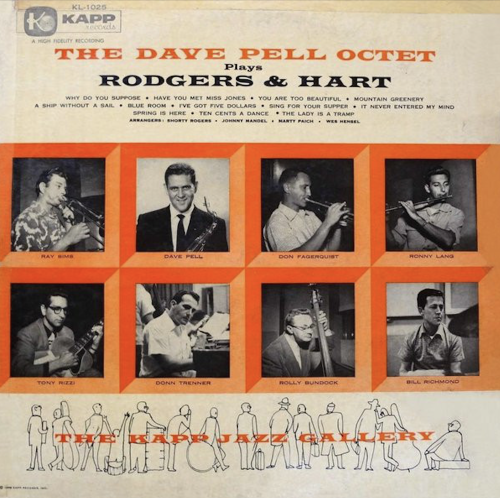 Dave Pell: I think that was part of it. Smaller groups meant fewer odds of re-takes on sessions, and a lot of arrangers wrote swell stuff for six to eight guys. But overall, smaller groups just sounded great and everyone got to solo. A lot of us, including [bassist] Harry Babasin hung around Drum City in L.A. All were great players. We were learning a whole new way of playing from each other. On the arranging side, Shorty Rogers and Bill Holman led the way. So much was recorded out there in the early 1950s, both in the studio and at clubs when tape became popular. I think Roy [Harte], before he died [in 2003], started to realize he had a ton of stuff still in the can. A lot of it has still not been released.

JW: How did the idea for your octet come about?

DP: I was playing in Les Brown’s orchestra in the early 1950s. I just put together eight musicians from the big band. We originally had Don Fagerquist on trumpet; Ray Sims, Zoot’s brother, on trombone; I was on tenor; Ronnie Lang was on baritone, Geoffrey Clarkson was on piano; Tony Rizzi was on guitar; Rollie Bundock was on bass, and Jack Sperling was on drums. 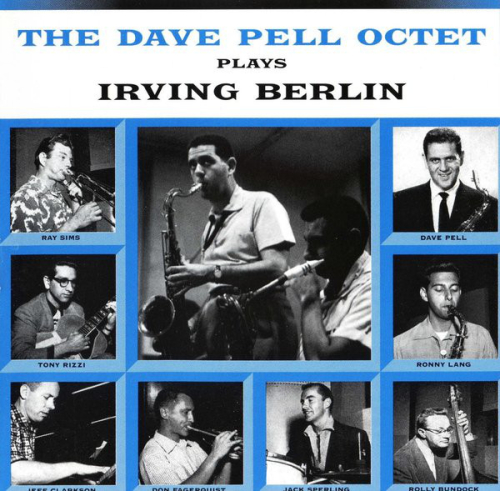 JW: How about the tight arrangements?

DP: That was Shorty Rogers’ idea to borrow ideas from Les’ big band arrangements written by Frank Comstock and Skippy Martin. Actually, we didn’t steal anything or anyone. This is why Les was so beloved by so many musicians. I went to Les and told him what I wanted to do. He was all for it. When Albert Marx started Trend Records, he came to one of the octet’s rehearsals and flipped when he heard us. We began recording for Trend soon afterward.

JW: What did Shorty do?

DP: When we were just getting together, Shorty was very excited. He said he’d write charts with the guitar on the bottom and Don Fagerquist on top, with the rest of us voiced in between. He said, “We’ll do hipper stuff than the big band.” Two weeks later, Shorty finished the charts. The big idea was to take the new West Coast linear jazz sound and apply it in a more commercial format.

DP: We kept the formula tight. We’d play a song’s intro and then each horn would take a short solo. I didn’t want 17 choruses. Just one solo each. It was very different for the time. 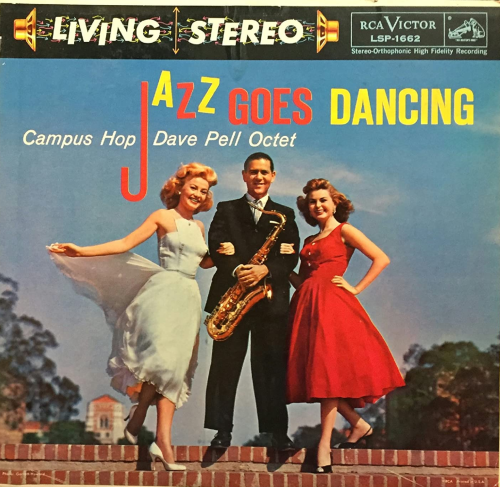 In short order, the Dave Pell Octet became wildly popular and the gold standard for small West Coast groups seeking a sound big on harmony and counterpoint. Videos of the Dave Pell Octet are rare. Which is why I’m grateful to a friend who reached out over the weekend with links to two videos from 1958. The octet featured Jack Sheldon (tp), Bob Enevoldsen (v-tb), Dave Pell (ts), Ronnie Lang (bs), Marty Paich (p), Tommy Tedesco (g), Buddy Clark (b) and Frankie Capp (d), with host Bobby Troup.